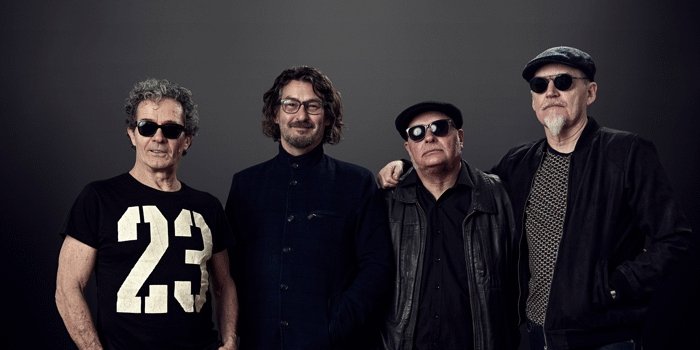 Any utterance of Australian pub rock and you can’t go past Choirboys… a staple of Australia’s rock n roll landscape since their inception in 1978. Over 40 years on, their songs are still as relevant as ever and none other than their seminal rock anthem, Run To Paradise.

With the Covid-19 outbreak in 2020 that confined people to their homes, and forced the hand of musicians like Choirboys to adapt, they ventured from loud, sweat driven and gritty pubs to live-streaming a set of Easy Beats and Choirboys classics to the very lounge room of their fans.

“’Home Free’ was sent to us initially from a fan,” said Ian Hulme. “Mark and I played it for the first time some years ago during a radio interview and it was recorded… years later that recording landed back in our laps and we decided to re-record it for ‘Feels Good’.”

In 2022, the band will be hitting the road for a very select few dates to celebrate its release and bring with them all the glory that fans come to expect of a Choirboys show: the grafting, sweating, pulverizing, pounding, screaming – doing what they do best. Choirboys are renowned for a great live show.  It’s not just the music, it’s the atmosphere and the humorous banter they bring. Entertaining an audience by spilling their hearts and souls onto the stage.  TheClothesLine.com.au says of the band: “[Mark] Gable is still belting out an incredible rock vocal and the band locked together for a tight and powerful performance. Choirboys presented earnest and comical entertainment with discernible values steeped in Aussie rock and roll.”

Choirboys’ history is enduring and vast.   They’ve lived the true rock n roll dream.  They signed their first recording deal with Alberts alongside stablemates AC/DC, The Angels, Rose Tattoo and a bunch of other 70’s stalwarts.  They’ve released three top 30 albums and have charted in overseas territories including New Zealand and the US.  They continue to be a constant on the East Coast touring and festival circuits.

You just don’t get much more Rock ‘n Roll than that.